[I recently found this unpublished draft sitting in my CivicCommons Tumblr account.  I’m not sure why I didn’t post it back in January 2012, when I apparently wrote it, but anyway here it is now!]

In response I brainstormed a bit, deliberately keeping the filter turned somehere between “low” and “off”:

Come to think of it, (2) expresses the high-level principle I was really aiming at:

Cities should actively create an environment that encourages entrepreneurial hacktivity, and then try to measure the results a while afterwards, with actual usage stats as the basic measure of success (rather than relying on artificially-selected judges who don’t have time nor expertise to evaluate apps in real-life circumstances).

“Usage stats” doesn’t have to just mean number of unique users who use a certain app per month or something.  The city could do surveys too. (For example, an app like Square makes a big difference to people who aren’t direct users, because it enables commercial transactions where there is no permanent storefront — so the buyers, who don’t run Square, should still be counted as beneficiaries.  This can be hard to measure well; I’m not sure what a general answer would be, but listening to the “buzz” from different communities is going to be part of it.)

None of this is to condemn apps contests — they can do a lot to kick-start local entrepreneurial energy.  But apps contests don’t by themselves set up a long-term, sustainable environment for civic hackitivity, in part because they’re always in the position of guessing future successes rather than highlighting and learning from existing successes.  They’re a seed, but it would be a mistake to think of the resultant apps as the crop.  The crop is rather an environment, in which city data output interacts dynamically with the community of people using it as input.

The apps were fantastic, but the real output of A4MC was the community of urbanists and coders that came together to create them. In addition to participating in new form of civic engagement, these folks also form the basis of what could be several new “civic startups” (more on which below). At hackdays generously hosted by partners and social events organized around the competition, the community really crystalized — an invaluable asset for the city.

… The overarching answer is not about technology at all, but about culture-change. Open data and its analysis are the basis of our permission to interject the following questions into policy debate: How can we quantify the subject-matter underlying a given decision? How can we parse the vital signs of our city to guide our policymaking?

That’s the long game.  Holding apps contests is fine — but long-term and data-driven followup are what really make the difference. 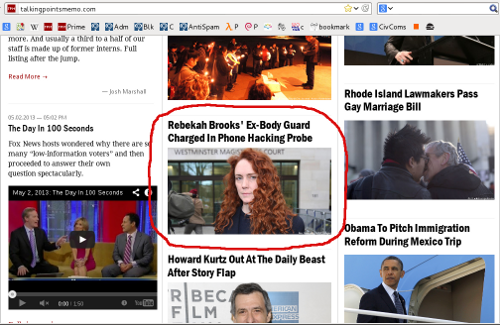 Hmmm, wouldn’t that be a “Spirit Guard”? (Or perhaps “Zombie Guard”?)